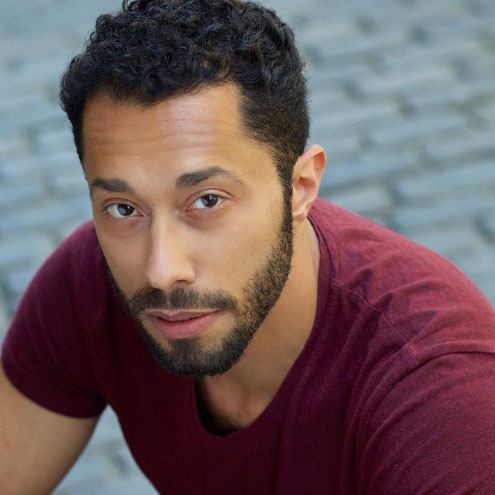 William DeMeritt is a voiceover artist, writer, actor, and dialect coach who splits his time between Los Angeles and his hometown of New York City. William received a BFA in acting from Marymount Manhattan College, has studied in London at BADA, and earned his MFA in Acting from the Yale School of Drama. As a voiceover artist and narrator William’s work has been featured in a wide variety of genres & mediums; from commercials to video games (including ‘Grand Theft Auto V’ and other titles from Rockstar Games), several audiobooks, including his Audie Award nominated work on Ben H. Winters’, ‘Underground Airlines,’ and most recently on a new app called, Audm (a subscription-based platform for narrated long-form journalism where he has narrated articles from The Atlantic, Foreign Policy Monthly, Nature, several pieces by Ta-Nehisi Coates and is also one of the official voices of The New Yorker). As an actor William has performed in some of the most respected theatres in the country, including: The Humana Festival of New Plays at the Actors Theatre of Louisville, The Oregon Shakespeare Festival, Yale Repertory Theatre, and off-Broadway’s Signature Theater Company. His tv/film credits include: the Emmy Award winning HBO film, ‘The Normal Heart,’ the critically acclaimed webseries, ‘The Outs,’ Guiding Light, One Life to Live, Law & Order: SVU, and Person of Interest. Additionally William is the writer/co-creator/star of the New York Innovative Theatre Award winning one-man show, ‘Origin Story.’
www.williamdemeritt.com. @demeritt 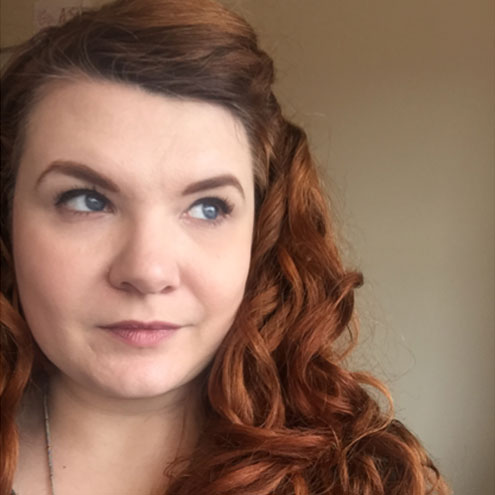 Shaye Eller has worked as an actor in the Portland/Vancouver area for nine years. Most recently, she appeared in the Magenta Theater production of the classic P.G. Wodehouse adaptation Jeeves Intervenes. Other past credits include Sylvia Fowler in The Women, Joy Gresham in Shadowlands, Pamela/Annabella/Margaret in The 39 Steps, and Caroline Bingley in Pride & Prejudice. Shaye also works as a theater director, most recently The Rainmaker at Magenta Theater. When not acting or directing, she works on custom analytics in media research.www.williamdemeritt.com. @demeritt 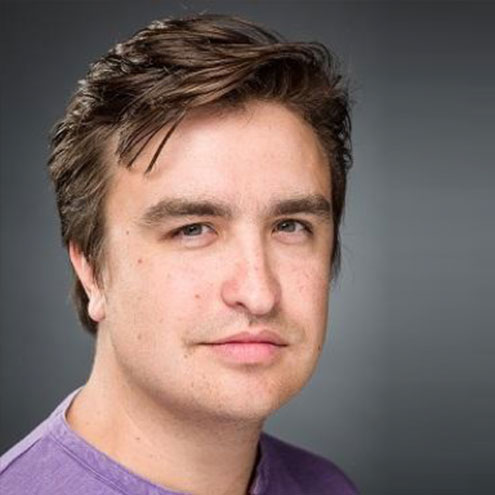 Walker Faison was born in Los Angeles and grew up around theater from an early age. He trained at Playhouse West in North Hollywood. Having studied Shakespeare and been in several productions including Romeo and Juliet, Two Gentlemen of Verona and A Midsummer Night’s Dream he is thrilled to be a part of this exciting project alongside such wonderful actors. He is currently represented by Actors in Action in Portland OR 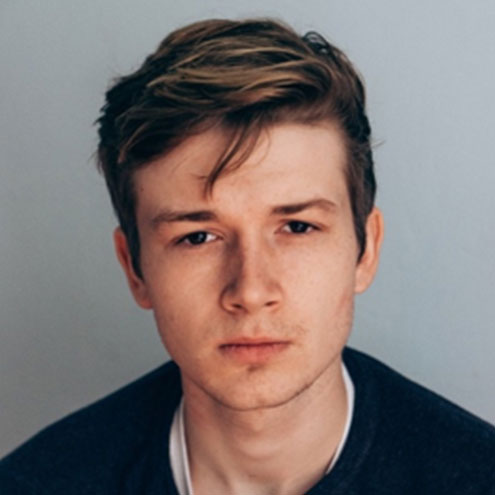 Connor Fogarty is an voice-over, television, and film actor from Portland, Oregon. His career began in Seattle, Washington while studying Theatre and Psychology at Seattle University, becoming involved in independent film projects and become the go-to voice artist for the Seattle University Marketing and Theatre Departments. Recently, he can be seen on the Emmy-winning seventh season of Portlandia and in a variety of independent projects in both Portland and Seattle. He has provided voice-over work for multiple Amazon commercials and is the voice of the Seattle company, Hot Tub Boats. He has lent his voice to a variety of other projects, including web series, theatre productions, and independent films. Connor Fogarty currently lives in Portland, Oregon and is represented by Ryan Artists in Portland, Big Fish Northwest in Seattle, and Lily’s Talent in Chicago. 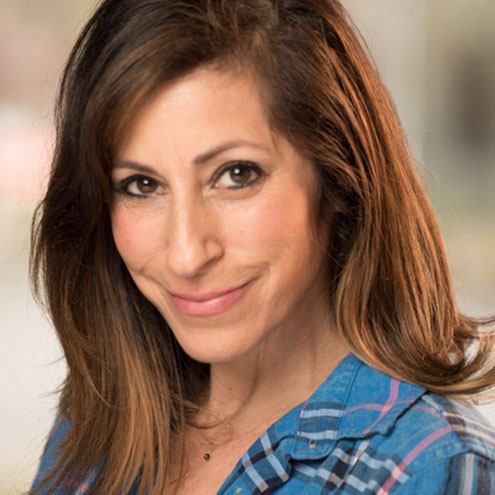 Kristina is an actor and acting coach with more than 30 years of experience in film, television, and theater. Kristina’s TV and Film credits include: The Adam Sandler film, ‘You Don’t Mess with the Zohan,’ The Conan O’Brien Show, ‘Valley of the Dolls,’ ‘Blankslate’ and ‘The Apocalypse Diaries.’ She has appeared in several award winning independent films including ‘Staccato Purr of the Exhaust’ (Sundance Film Festival) and ‘A BIG Love Story.’ Kristina’s L.A. stage credits include: ‘OJ Law,’ ‘Media Whores’ and ‘Traditional American Values,’ as well as many other plays including ‘The Maids,’ ‘Museum, ‘‘The Glass Mendacity,’ ‘AmerWrecka’ (Edinburgh Fringe) and “Mom” (directed by TV veteran Ellen Sandler). In addition, her voiceover work spans video games, radio, television, and the web (Credits include Mafia II, Shari’s Berries, Ronzoni). Kristina is a series regular the much anticipated web series ‘The Exceptionals,’ can be seen in the independent film, ‘Tracktown’ (Rachel Dratch of SNL) and most recently appeared in the TV series “In The Vault”. She proudly debuted her original show, “Miss Ethnic Non-specific” in 2017 to sold out audiences. www.kristinahaddad.net 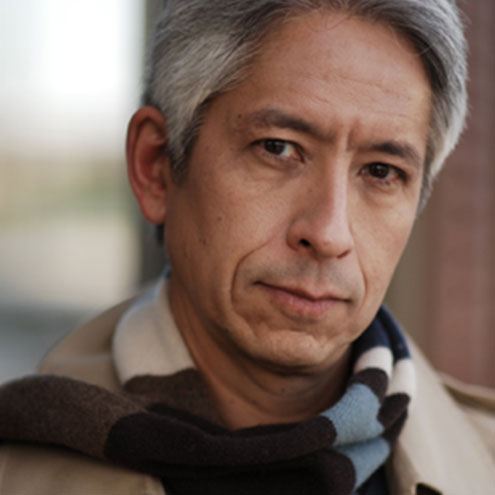 As a child, David saw productions of the Oregon Shakespeare Festival and grew up listening to the voices of Michael Redgrave, Donald Wolfit, Maggie Smith, and others on the Living Shakespeare recordings. He has acted in the Bard’s plays in college and in outdoor productions of Portland Actors Ensemble’s Shakespeare-in-the-Parks, as well as recorded characters in five Shakespeare plays for speak-the-speech.org. David’s TV and movie credits include “Grimm” and “Deep Dark.” He has read literature aloud to live audiences in libraries, bookstores, coffee shops, and even banks, and recorded books as a volunteer for the Massachusetts Association for the Blind. Also a writer, he has published three books and worked as a full-time newspaper reporter. David lives in Portland with his wife Carole Barkley and toy fox terrier Pixie. 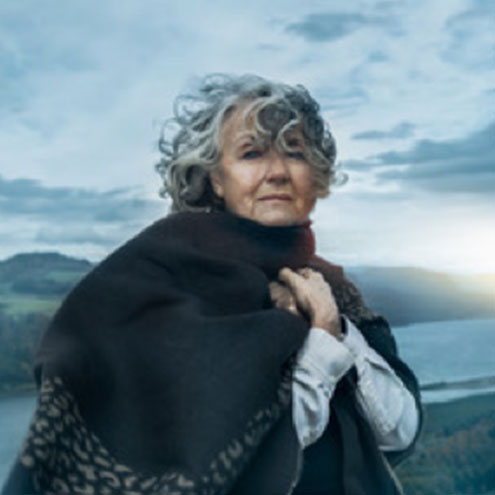 Suzanne Owens-Duval has been delighting audiences since she made her debut in London with the BBC’s Sunday Night Play. Since then she’s gone on to have a prolific acting career on TV, stage, film and radio in a wide array of roles, ranging from films such as The Dirty Dozen and Freedom State to Cell Count. For radio Suzanne worked, for example, the BBC World Service coupled with, among others, numerous VO commercials. For the theatre, as an example, by invitation from The Festival Hall she performed in Of Whole Cometh Hope a verbatim play of which she is very proud. Suzanne has the uncanny ability to encapsulate the spirit of a piece of work in her screen presence, whether it’s comedy or horror. From her time spent traveling to nearly every continent on planet, she has picked up accents and nuances that add to the pathos of her characters onscreen. She is beloved in the community for her sense of humor and professionalism. Since coming to Portland Oregon and reentering the entertainment industry 2008 she has become a staple of the acting community and has been an integral part of the transformation Portland’s film industry has been going through. Suzanne’s IMDB profile shows 33 individual projects and she’s not done yet… 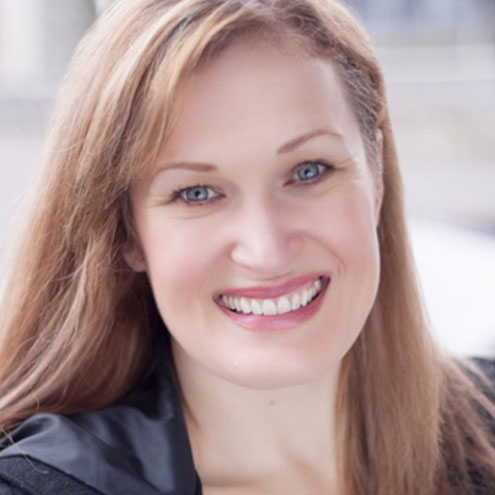 Juliet Prosser is an actress, teacher and mother of four fur babies.
Her work with this project helped her to realize one of her dreams as a voice over artist.
Juliet holds an MFA from Penn State University in Acting and has performed in theatre productions Off Broadway and in Regional theatres across the United States, including a couple of summers in Denali, Alaska. Some of her favorite productions include Macbeth (Alaska Shakespeare Festival), Menopause The Musical (ACT Theatre, Seattle, WA; Portland Performing Arts, Portland, Oregon, Philadelphia Schoolhouse Theatre, Philadelphia, Pennsylvania; Laguna Beach Playhouse, Laguna, CA; Oak Grove Theatre), Oak Grove, CA; SeaMarks (Reader’s Theatre, Portland, Oregon), The Kiss (Lakewood Theatre, Lake Oswego, Oregon). As a film and commercial actress, Juliet has enjoyed working in the Portland and the Seattle markets, for such projects as Taco Time, Oregon Lottery and in independent films and television productions such as All Too Human, Eulogy For James, Combat Report. Juliet currently teaches 8th grade Language Arts and Social Studies at Athey Creek Middle School in Tualatin, Oregon. 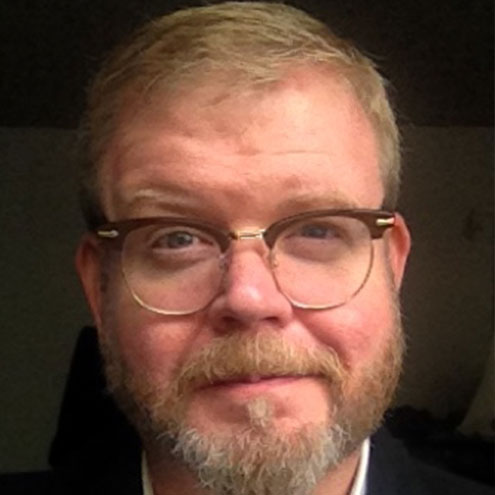 Todd Van Voris is an actor, director, and teacher who has been performing in Portland for over 15 years. He has worked with Imago, Artists Repertory Theatre, Portland Center Stage, Theatre Vertigo, Northwest Classical Theatre, Profile Theatre, Action/Adventure, and many more theatre companies in town. He has also been seen on NBC’s Grimm and TNT’s The Librarians. He studied acting with Playwrights Horizons Theatre Company at NYU. He can be seen this summer performing a one-man show with Triangle Theatre Company called The Absolute Brightness of Leonard Pelkey. He is proud to now be working with Imago Theatre in a development and marketing capacity along with treading the boards, as well as any other way he can be useful.